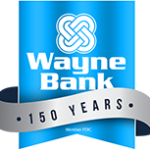 Honesdale, PA – Lewis J. Critelli, President and Chief Executive Officer of Wayne Bank, is pleased to announce that the Bank will be celebrating its 150 year anniversary this November.

Wayne Bank was founded in Honesdale, PA on November 4, 1871, with the modest capital of $25,000. It was known as the Wayne County Savings Bank, after Major General Anthony Wayne, who was a prominent solider, officer, and statesman in American history. During the later portion of the 19th Century, Honesdale was a burgeoning canal town at the terminus of the Delaware and Hudson Canal. Led by President, W.W. Weston, a Honesdale merchant and businessman, the Bank’s early financing included everything from boat building and harness manufacturing to tanneries and farming.

In 1996, the Bank’s holding company, Norwood Financial Corp, was created. Stock began trading on the Nasdaq National Market under the symbol, NWFL. Additional acquisitions helped Wayne Bank to continue its tradition of expansion during the 21st Century with significant growth into Lackawanna and Luzerne Counties in Pennsylvania, and finally into Delaware, Sullivan, Otsego, Ontario, and Yates Counties in New York State.

Today, Wayne Bank has 30 Community Offices in two states and ten counties, including those operating under the Bank of Cooperstown and Bank of the Finger Lakes brands, and employs close to 300 local people.

Mr. Critelli commented, “Although so much has changed in 150 years, I am proud to say that Wayne Bank has remained committed to the same mission and core values that were instated upon our founding. We are a community bank that is dedicated to investing in the residents, businesses, and organizations who make our communities a better place to live. We are strong, secure, and excited to continue our legacy of ‘Helping the Community Grow’ for another 150 years.”

As part of the 150th anniversary celebration, the Bank has some exciting initiatives planned which will kick off in November with special product promotions and Customer Appreciation events. For more information, visit waynebank.com or facebook.com/waynebank/. 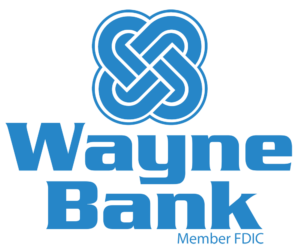